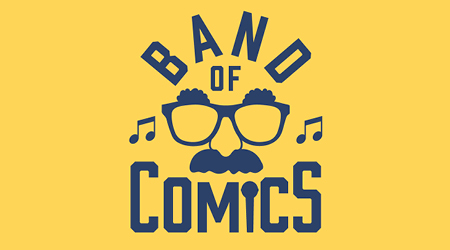 Band of Comics features a stable of national touring musical comedians* that put on an entertaining show filled with comedy featuring music.

Each show spotlights four musical comedians interacting with the audience plus the entire Band of Comics will take the stage together to perform original numbers.