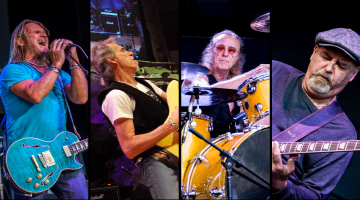 Foghat began their musical career in 1971 and recorded eight Gold albums, one Platinum album and one double-Platinum album throughout their career. Their fifth studio album, 1975’s “Fool for the City,” featured the hit single “Slow Ride,” which peaked at #20 on the rock charts.

Foghat’s live performances show why the band is still around today and why they will be able to keep on rockin’ as long as they want. This band truly is timeless. Constant touring is part of their DNA and the band just loves to play. Their live show is as intense as ever with the incredible energy and musicianship that one would expect and hope for from a seasoned band with such a long musical history and they are bringing their fans along for the ride.